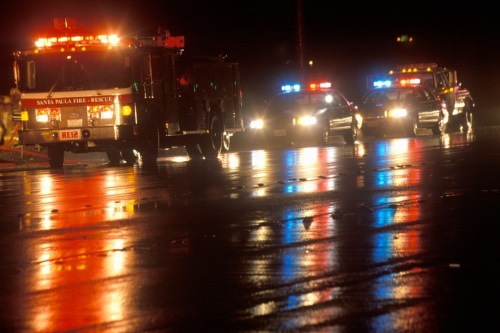 [Above photo by NHTSA.]

In addition to the 2018 numbers, NHTSA also released initial estimates for the first half of 2019, which suggests this “overall positive trend” where highway fatalities are concerned may be continuing.

The estimated number of fatalities in the first half of 2019 declined by 3.4 percent from the same period in 2018, with 589 fewer fatalities over that time. That translates to an estimated first-half 2019 fatality rate of 1.06, which is the lowest first-half level recorded since 2015, NHTSA said in a statement.

NHTSA added that it made changes to its Fatality Analysis Reporting System or FARS for 2018 to “clarify” previously released data on large trucks involved in fatal crashes.

The agency said it “reexamined” supporting material and reclassified several light pickup trucks to an appropriate large truck category and, as a result, the 9 percent increase in large-truck-related fatalities reported for 2017 dropped to 4.9 percent. For 2018, large-truck related fatalities increased by 0.9 percent over 2017 numbers, NHTSA added.

[The details regarding the scope of that FARS changes are documented in the 2018 fatal motor vehicle crashes research note, the agency said.]

NHTSA reported a year-over-year increase in pedestrian and “pedecyclist” fatalities, which is a “catch-all” term that includes bicyclists and riders of two-wheel non-motorized vehicles, tricycles, and unicycles powered solely by pedals. In 2018, fatalities for pedestrians increased by 3.4 percent to 6,283 and pedacyclists by 6.3 percent to 857, it said.

According to its FARS data, NHTSA noted that pedestrian fatalities occurred overwhelmingly after dark (76 percent), when many pedestrians had some alcohol in their systems (38 percent), and were not at intersections (74 percent; i.e., crossing in the middle of a street or road). Likewise, pedalcyclist fatalities often occurred after dark (50 percent of the time), with some alcohol in their systems (26 percent), and outside of intersections (60 percent).

Jonathan Adkins, executive director of the Governors Highway Safety Association, noted in a statement that his organization leveraged preliminary state data earlier this year to predict that 2018 “would see a historical surge in pedestrian deaths.”

GHSA’s research also identified what it called a number of “promising lessons” from state-reported data. For example, 23 states saw declines in pedestrian fatalities for the first half of 2018 compared to 2017, with six states reporting double-digit declines and three reporting consecutive years of declines.

State departments of transportation are also engaging in an array of efforts to improve pedestrian safety.

This year, for example, the Rhode Island Department of Transportation recently introduced a program to teach bike safety skills to elementary school children; a program the department plans to expand in 2020.

The Massachusetts DOT rolled out a comprehensive plan last July to help guide future capital investments in pedestrian infrastructure, as well as to advise and assist municipalities looking to improve local “walkability.”

That was followed a one-month project the Hawaii DOT wrapped up in November to install “gateway in-street” sign treatments at four intersections along Pali Highway in Nuuanu as part of a pilot project to determine if such “treatments’ can help protect pedestrians in “non-signalized” crosswalks.

Still, the National Safety Council noted in a statement that the 2018 fatality data remains “especially troublesome” when looking at increasing deaths of pedestrians and bicyclists.

“Focusing on the road to zero is more important than ever,” NSC noted; an effort focused on eliminating roadway-related deaths that is supported by the American Association of State Highway and Transportation Officials.

“We can eliminate a leading cause of preventable death by embracing proven countermeasures such as enforcing speed limits and seat belt laws, as well as advancing technology and improving our infrastructure,” NSC added.

Nicole Nason, FHWA administrator, said in remarks at AASHTO’s 2019 annual meeting in St. Louis that that her agency’s “strong interest in pedestrian safety” is only getting stronger as “we’re looking at an all-time high” in pedestrian fatalities for 2018.

“I want to put some energy towards this issue; to dig deeper into the times of day, on what roads, and at what [types of] intersections these fatalities occur,” she said. “We want to get that information and throw resources at it. There is a lot we can do together to reduce pedestrian fatalities [and] we’re trying to have a more comprehensive effort on this issue.”