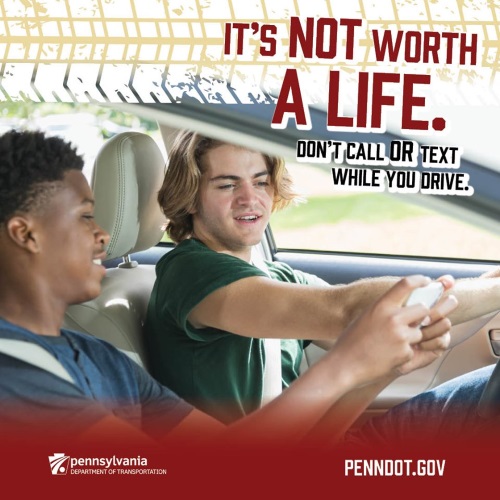 “We must remember that we all have a part in making highways safer, and we all need to work together to help new drivers gain valuable experience and knowledge,” noted PennDOT Secretary Leslie Richards in a statement; adding that motor vehicle crashes are a leading cause of death among teens.

“Parents and teachers are an integral part of establishing a mentality of safety behind the wheel among teen drivers,” she said.

[The Insurance Institute for Highway Safety put a video together several years ago featuring teenage drivers “speaking frankly” about their driving habits.]

The risk of a crash involving any of these factors can be reduced through practice, limiting the number of passengers riding with a teen driver, obeying all rules of the road, and using common sense, PennDOT noted. To that end, the agency highlighted several tactics at the forum parents can use to help their children become safe and responsible drivers: