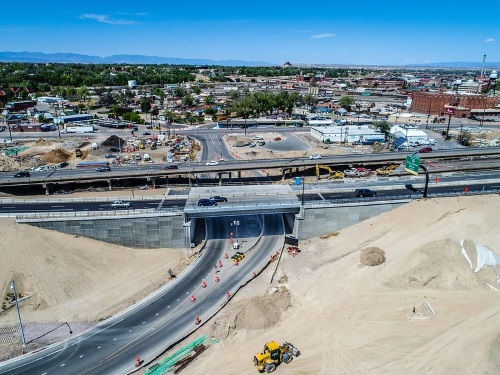 The Colorado Department of Transportation released a 59-page “interim report” in mid-October based on statewide survey data collected by the agency over the last six months; data that will form the bedrock of a long-term transportation plan it expects to unveil in early 2020.

“In May, our team embarked on an effort to refresh our transportation plan and priorities based on firsthand input from residents across the state,” explained Shoshana Lew, executive director of the Colorado DOT, in the report.

“Our goals were simple: to hear directly from Coloradans about what they need from our state transportation system; to ensure that we are prioritizing precious taxpayer dollars in ways that best deliver on those needs and to energize an ongoing statewide conversation about the vitality of transportation in connecting our daily live,” she said.

The agency said the transportation issues highlighted by those statewide surveys include: worsening traffic congestion; accommodating passenger vehicles, freight, bicyclists, and wildlife safely amidst geologically tough conditions; fears about system resiliency; the need for shoulders and passing lanes to improve safety and access; the importance of freight routes to take products from farm to market; and the worsening conditions of rural pavement.

The report also shined a spotlight on the long-term decline in transportation funds available to the state.

“Most of the Colorado DOT’s funds come from state and federal gas taxes, and those taxes haven’t changed since 1991 — almost 30 years,” the report noted. “These taxes are a fixed amount per gallon and do not increase with the price of gas or inflation — meaning that while construction, materials, wages and everything else has increased in cost, the taxes that fund Colorado’s transportation system have stayed the same.”

The agency said as funding stays stagnant and the population increases, transportation investment per person is reduced over time.

“In the 1990s, CDOT spent $125 per person on transportation — building and improving highways and bridges, removing snow, improving safety; all the things we want to be able to do,” the report explained. “Today, as funding levels stagnate, Colorado DOT spends $81 per person. By 2040, we estimate only spending $48 per person. Comparing our state to the nation, Colorado ranks 33rd in total spending per mile.”

With that said, the agency noted that in 2019, the state legislature allocated a total of $665 million for Colorado’s transportation system; requiring that at least $50 million of this amount be spent on transit and a minimum of $153 million allocated to rural areas.

The Colorado DOT noted that the public “input” collected via its statewide surveys over the last few months will guide the agency as to how it should invest those funds.