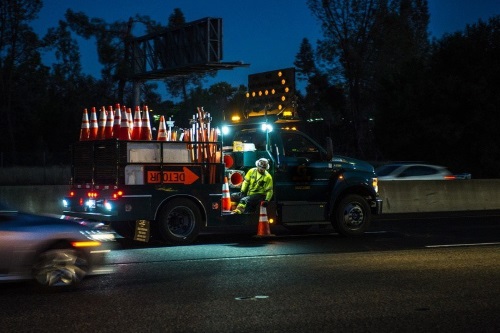 Lawrence Berkeley National Lab computer scientists are working with the California Department of Transportation to combine high performance computing and machine learning with the algorithms that control traffic management systems.

As a result, those algorithms will be able to generate more accurate and timely traffic predictions and to aid real-time traffic control, such as rerouting traffic, altering traffic light configurations, and other corrective measures, according to Sherry Li, a mathematician in Berkeley Lab’s Computational Research Division, in a statement.

Caltrans is helping deploy this system on a trial basis in Los Angeles County through the I-210 pilot. Using data collected from Caltrans highway sensors highways, the project is creating algorithms that achieve “accurate prediction” on a 15-minute rolling basis via which machine-learning models predict traffic demands at freeway entrances and traffic flows at freeway exits.

The first iteration of this system will be deployed in the cities of Arcadia, Duarte, Monrovia, and Pasadena in 2020, with plans for future deployments around the state, noted Li.

“Many traffic-flow prediction methods exist, and each can be advantageous in the right situation,” she explained. “To alleviate the pain of relying on human operators who sometimes blindly trust one particular model, our goal is to integrate multiple models that produce more stable and accurate traffic predictions.”