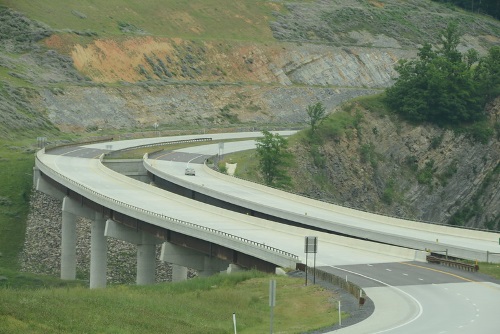 “Finishing the final stretch of Corridor H is a top priority and I am optimistic that this innovative and bipartisan approach will provide the necessary funding to get it built,” Rep. Mooney said in a statement.

“This bill is a real win-win situation for West Virginia and other states that no longer have a use for their Appalachian highway funding but whom have other transportation infrastructure needs,” he noted.

The bill would allow Appalachian states to transfer unspent Highway Trust Fund dollars in the Appalachian development highway program and Transportation Infrastructure Finance and Innovation Act program to more flexible Federal-aid funding under the Surface Transportation Block Grant Program. These dollars would also come with a 100 percent federal share of the project cost.

That exchange of funds will make a large dent in the almost $800 million in funding still needed to finish the portion of the Corridor H project running through West Virginia, Rep. Mooney added.