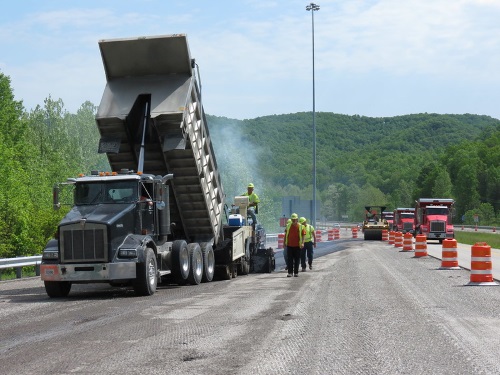 The Kentucky Transportation Cabinet tapped a design-build team led by Hall Contracting and American Engineers Inc. for its four-year, $180 million I-Move Kentucky interstate project that includes improvements to I-265, I-71 and I-64 through a heavily traveled corridor in Jefferson and Oldham counties near Louisville.

Planning and pre-construction activities for I-Move Kentucky – the largest single construction project in Kentucky since the Ohio River Bridges Project wrapped up in 2016 – start this fall, with construction slated to begin in early 2020 and to be completed by late 2023, the KYTC said in a statement.

Using a four projects-in-one approach, the agency said the I-Move Kentucky project will add lane capacity and upgrade major interchanges to roadways critical to regional economic development, as major corporations – such as Kroger Co., Ford Motor Co., and UPS Inc. – rely on the corridor to move products throughout the state and region.

Meanwhile, the KYTC noted that it just completed its 100th bridge restoration project through the Bridging Kentucky Program; a six-year effort started in 2018 aimed at replacing or rehabilitating more than 1,000 bridges. The agency also noted in a statement that it recently awarded a contract to restore 106 bridges through an innovative design-build project – a move that will “efficiently deliver critical bridge projects” in 21 Eastern Kentucky counties.