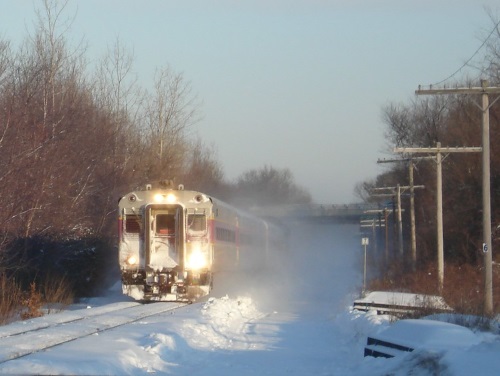 [Above photo by Paul Morris.]

In a statement, the transit operator – which provides subway, bus, commuter rail, ferry, and paratransit service to eastern Massachusetts and parts of Rhode Island –  said a more “robust digital reporting process” is being deployed, with its commuter rail team collaborating with the Massachusetts DOT’s drone team on post-storm flights, to assess specific MBTA facility locations for snow removal.

Also new this year: a new internal communication plan for operators during reduced schedules, a revised 2019/2020 Snow and Ice Plan, and a system-wide tabletop winter drill exercise planned for December 6.

Last winter, 23.4 total inches of snow fell in the MBTA service area with about 43 percent of that total dropping during March, while “challenging” post-storm freezing conditions occurred during January and February.

Since the winter of 2015, the MBTA said it has upgraded track and signal infrastructure, invested in snow-fighting equipment, and stocked up on replacement parts for vehicles – making more than $101 million in investments in winter resiliency. The transit system said it added to its fleet of snow fighting vehicles this year, replacing two “snow fighters” and adding two multi-purpose Unimog vehicles outfitted with snow fighting attachments.