PennDOT’s Leslie Richards Tapped to be General Manager of SEPTA 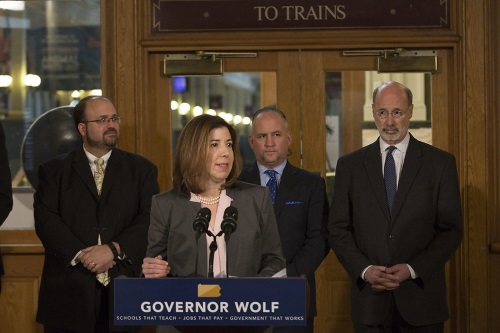 SEPTA is the regional public transportation authority that operates bus, rapid transit, commuter rail, light rail, and electric trolleybus services for nearly four million people in five counties in and around Philadelphia, Pennsylvania. It employs 9,500 people and is ranked as the sixth largest public transportation agency in the U.S.

Richards – who previously served on SEPTA’s board of directors – is replacing the agency’s current general manager, Jeffrey Knueppel, who is retiring.

“We are thrilled to welcome Leslie back to SEPTA as the next general manager,” said SEPTA Board Chairman Pasquale Deon Sr. in a statement. “She has a proven track record of success as transportation executive and brings a vision for the future that will help us build on our successes and prepare for the challenges ahead.”

“SEPTA is critical to the vitality of the Philadelphia region, and to the Commonwealth of Pennsylvania as a whole,” said Richards, who has served as secretary of PennDOT since 2015.

“I am honored to be selected as the next general manager, and look forward to working with SEPTA employees, riders, residents and other stakeholders to ensure we meet the region’s transportation needs now and for years to come,” she said.