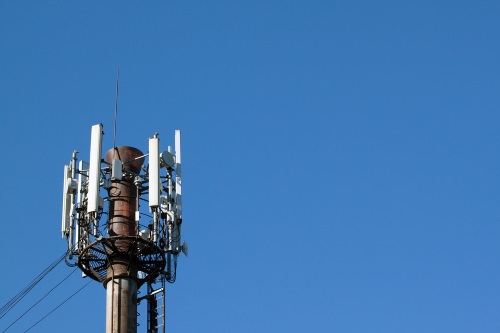 A proposal by the Federal Communications Commission to open up the 5.9 GHz band of the wireless spectrum to non-transportation usage is drawing strong pushback from transportation organizations and others, especially over concerns as to how this move could impact safety.

“The 5.9 GHz band has been part of the spectrum that has been reserved for use for life-saving transportation technologies,” emphasized Jim Tymon, executive director of American Association of State Highway and Transportation Officials.

“At a time when we are trying to get to zero traffic fatalities, the FCC should stay the course and not give up the spectrum that the transportation community has been counting on – and has already made considerable investments in – to help save lives,” he pointed out.

“The FCC is prepared to trade safer roads for more connectivity by giving away much of the 5.9 GHz spectrum, which allows vehicles to talk to each other and infrastructure – and it proposes to make such an inexplicable decision in the absence of data,” decried Shailen Bhatt, president and CEO of the Intelligent Transportation Society of America, in a statement.

“The Commission is prepared to put not just drivers but pedestrians and other vulnerable users, particularly first responders and those in work zones, at grave risk,” he stressed.

“We can save and protect people’s lives, or we can ensure its easier to place online orders from our cars. The choice is clear – safety always wins,” Bhatt added.

The outcry follows a speech given by FCC Chairman Ajit Pai on November 20 wherein he proposed to make available the lower 45 MHz of the 5.9 GHz band for unlicensed uses such as Wi-Fi and allocate the upper 20 MHz for cellular vehicle to everything, or C-V2X, automotive communications technology.

“I’m also proposing that we seek public input on whether to allocate the remaining 10 MHz in the band to C-V2X or DSRC [Dedicated Short-Range Communications],” he added. “The Commission will vote on this Notice of Proposed Rulemaking at our December 12 meeting.”

He explained that the FCC originally allocated 75 MHz of the 5.9 GHz band to DSRC in 1999, but “here we are, two decades later, and the situation can at best be described as ‘promise unfulfilled.’ DSRC has evolved slowly. It’s not widely deployed. [And] as a result, a lot of people are wondering whether this valuable spectrum – a public resource – is really being put to its best use. In my view, it clearly is not. After 20 years of seeing these prime airwaves go largely unused, the time has come for the FCC to take a fresh look at the 5.9 GHz band.”

[Many automakers, however, take a very different view as illustrated by a speech given by Don Butler, executive director for connected vehicles and services at Ford Motor Company, at the AASHTO 2019 annual meeting in St. Louis.]

Also, as Wi-Fi now carries more than half of the Internet’s traffic, it needs more spectrum for unlicensed use to handle that volume, Pai noted in his remarks.

“Indeed, to meet growing consumer [Wi-Fi] demand, it’s estimated that the U.S. will need to allow unlicensed use of up to 1.6 GHz of new mid-band spectrum by 2025,” he pointed out.

However, the leaders of all 50 state departments of transportation, the District of Columbia and Puerto Rico strongly contested that view in a letter sent to the FCC on August 20 to “continue our nation’s commitment to improving transportation safety” by reserving the 5.9 GHz wireless spectrum for transportation-only usage.

“Connected Vehicles utilizing V2X communication in the 5.9 GHz spectrum will save lives by creating a seamless, cooperative environment that significantly improves the safety of our transportation system,” they said in the letter.

On top of that, a November 20 statement in response to Pai’s speech spearheaded by the Alliance of Automobile Manufacturers and ITS America and co-signed by seven other organizations – including AASHTO – stressed that such potentially life-saving connected vehicle technologies such as C-V2X “require dedicated spectrum to ensure they work right every time, without signal interference.”

If the 5.9 GHz spectrum isn’t preserved for transportation safety applications, those groups warned it “could disrupt or even halt investments and innovations in this safety-critical space.”