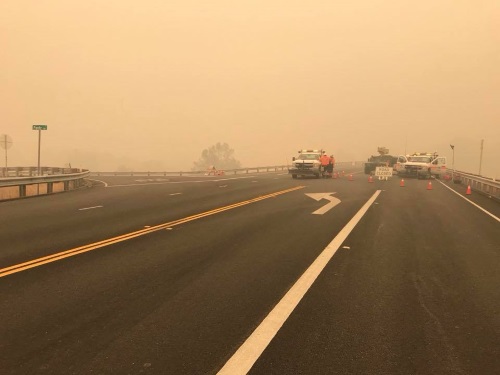 The agency noted that these assessments – being developed for all 12 of its districts, with two issued a year ago for Northern California and the Central Valley area – aim to identify how climate change will impact California’s transportation system.

“Too many Californians have already experienced the effects of climate change including fires, flooding and mudslides impacting all modes of travel, the erosion of coastal highways, and dead and dying trees falling near roadways,” explained Toks Omishakin, director of Caltrans, in a statement.

“No matter how you move about the state, you rely on some form of transportation to get you where you need to be,” he said. “Caltrans is taking steps now to fully understand the reality we’re facing and ensure the long-term health and vitality of our vast transportation system for current and future generations.”

Omishakin noted that these assessments cover 21 counties – including those in the Sacramento region, Central California, mountain regions, and Orange County – and will help guide the department toward planning and investment strategies that lessen the impacts of climate change and save taxpayers money.

Upon completion of all 12 assessments, Caltrans said it will develop adaptation reports for each region that outline how climate change resiliency will be fully integrated into future transportation decisions.

Along those lines, Caltrans recently released a video detailing how it is deploying designs and processes to ensure the interconnectivity of fish, reptiles, and other animals along the state’s waterways – including the use of precast bottomless arch culverts.