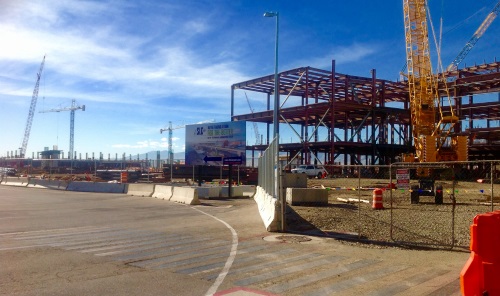 The Federal Aviation Administration said on November 22 it is awarding $485 million in airport improvement program or AIP infrastructure grants to 108 airports in 48 states and the U.S. Territories of Guam and Virgin Islands.

[Above photo of Salt Lake City airport via Wikimedia Commons.]

The agency added in a statement that it is “working hard to streamline the approval process, cut unnecessary red tape and reduce unnecessary, duplicative regulations that do not contribute to safety.”

The FAA added that its “regular” AIP course of funding disburses more than $3.18 billion annually in entitlement and discretionary grants for a network of more than 3,300 eligible airports. However, in February, passage of the Consolidated Appropriations Act of 2019 included a supplemental amount of $500 million for AIP discretionary grants – a pool of funds from which this $485 million in grant monies is being drawn.