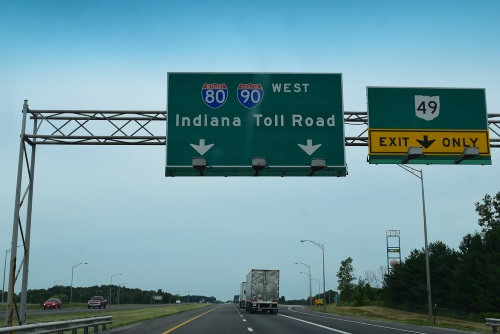 A new report issued by New York-based international credit rating agency Fitch Ratings predicts that transportation bonding activity in the United States will mirror a “leveling off” in the nation’s gross domestic product growth in 2020.

Volume growth remains favorable for U.S. airports, ports, and toll roads and will remain largely tethered to the country’s GDP movement, which Fitch projects will fall below 2 percent for 2020.

That said, “some softness in growth may take hold to the extent issuers are exposed to global economic markets and protectionist trade policies,” noted Scott Zuchorski, the firm’s senior director, in a statement.

That dovetails with an annual economic forecast released December 4 by the American Road & Transportation Builders Association, which warned that expected transportation infrastructure market growth could evaporate if surface transportation funding legislation is not reauthorized in a timely fashion.

ARTBA Chief Economist Alison Premo Black said reauthorization of the Fixing American’s Surface Transportation or FAST Act funding law, due to expire in September 2020, and the ability of Congress to find additional revenues to support the Highway Trust Fund are the “major variables” ahead for the transportation infrastructure sector.

“Any project delays because states are concerned about whether the next federal surface transportation bill is completed in a timely matter could temper 2020 market growth,” she stressed.

Fitch Ratings noted in its December 12 report that stronger performance is expected for toll roads in the Southeast and Southwest regions of the United States in particular, due to stronger regional demographic trends versus those of the nation overall.

Meanwhile, volumes at East Coast ports are likely to continue outpacing those of their West Coast counterparts due to their higher exposure to Chinese tariffs. Over time, revenues may start to decline at West Coast ports the longer the trade impasse with China continues, the firm added.