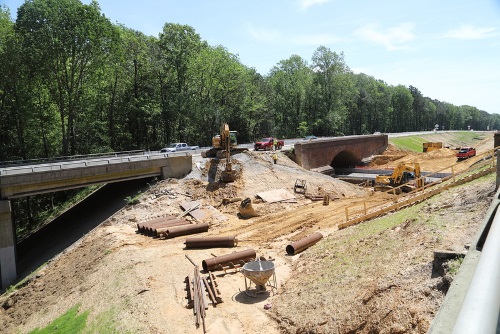 An annual construction contractor survey conducted by the Associated General Contractors of America and Sage Construction and Real Estate finds that most respondents expect demand to increase for their services in 2020. Yet that increased demand will occur alongside an ongoing labor shortage, which will lead to higher bid prices and longer competition times for many construction projects – including bridge and highway work.

“Nearly 1,000 contractors [in 48 states] participated in our survey [and they] are very optimistic about demand for construction in 2020,” said Stephen Sandherr, AGC’s chief executive officer, during a conference call with reporters on December 18.

“At the same time, many construction executives are troubled by labor shortages and the impacts those shortages are having on operations, training and safety programs, and bottom lines,” he added.

Kenneth Simonson, AGC’s chief economist, added on the call that the percentage of respondents who expect a market segment to expand exceeds the percentage who expect it to contract for all 13 categories of projects included in the organization’s survey.

Water & sewer construction scored the highest net positive reading of 25 percent, with bridge and highway as well as the catch-all transportation category – which includes the transit, rail, and airport sectors – among four other segments with a 20 percent net positive reading.

“But labor shortages are having an impact on construction costs and project schedules,” he explained, with 44 percent of respondents to AGC’s survey reporting that staffing challenges are driving costs higher than anticipated.

“In reaction, 41 percent of firms are putting higher prices into new bids and contracts,” Simonson said. “Similarly, 40 percent report projects have taken longer than they anticipated and 23 percent report putting longer completion times into their bids or contracts.”

AGC’s survey found that 75 percent of the contractors it polled plan to increase headcount in 2020, similar to the 77 percent with this expectation at the start of 2019 and 75 percent at the start of 2018. However, just more than half of firms (52 percent) report their expansion plans will only increase the size of their firm by 10 percent or less.

And despite plans to expand headcount, 81 percent of the contractors polled report they are having a hard time filling salaried and hourly craft positions – up slightly from 78 percent at the start of 2019. In addition, 43 percent expect it will continue to be hard to hire in the next 12 months and 22 percent expect that it will become harder to hire in 2020.

Jim O’Brien, founder of Bothar Construction – a highway contractor in Binghamton, N.Y. – added on the call that, in addition to staffing shortages, an increasing number of local constraints on roadway work are exacerbating the project completion time issue further.

O’Brien explained that working at night increases the probability of his firm’s workers getting hurt in motor vehicle crashes, thus forcing his personnel to “slow down” their activity to make sure their work sites are properly lighted and barricaded for maximum safety.

“As a result, it takes longer to do things at night,” O’Brien noted.

“Then, when we get into the bigger cities, we often find now that we’re not allowed work 8 hours; we’re limited to working 6 or even 4 hours a day. And that all impacts the time it takes to complete a project and increases the cost as well,” he added. “Cities and municipalities seem more concerned about faster [traffic] movement for the traveling public than getting the work done.”