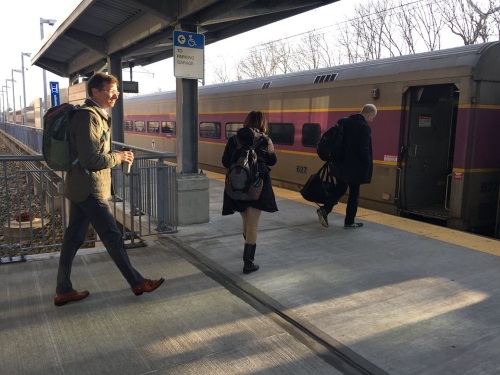 A quarterly report compiled by the American Public Transportation Association indicates that national public transit ridership increased 2.2 percent in the third quarter of 2019 compared to the same period in 2018.

[Above photo by the Rhode Island DOT.]

That includes a 5.46 percent uptick in ridership for heavy rail, a 4.38 percent jump for commuter rail systems, and just more than a half-a-percent increase for bus system ridership.

“Public transportation organizations are consistently improving their services to be more customer focused to meet the needs of today’s riders,” said Paul Skoutelas, APTA’s president and CEO, in a statement.

“The landscape of American transportation is changing; the public transportation industry continues to implement technological innovations and improved access that benefits communities and is a critical part of the transportation network,” he said.

The organization also noted in a joint report issued in October with the National Association of Realtors that real estate values are higher when located closer to public transit facilities.

In particular, the presence of fixed-guideway public transportation – such as rail and bus rapid transit – had a “strong correlation” to higher property values.

The findings of that report showed that for the regions studied, the average increase in sales prices of properties within the “transit shed” – typically a half-mile from stations – exceeded that of those outside of the transit shed.