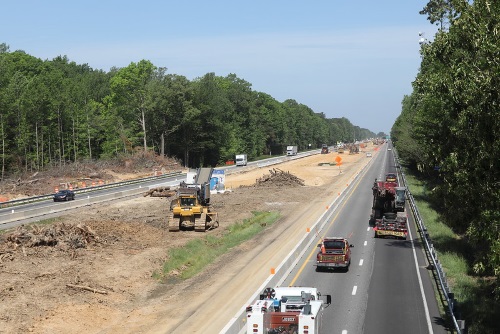 A bipartisan agreement that combined all 12 fiscal year 2020 federal government funding bills into two appropriations packages – H.R. 1158 and H.R. 1865 – will fund transportation programs through September 30, 2020, and provide $87.2 billion in total discretionary budget resources to the U.S. Department of Transportation.

According to the legislative text and explanatory statement of the Transportation-Housing and Urban Development portion of the bill (contained in H.R. 1865), all contract authority programs supported by the Highway Trust Fund receive full FY 2020 funding, or obligation limitation, while General Fund transportation programs get $25 billion, which is roughly $2 billion less than FY 2019 and lower than the funding levels recommended by the American Association of State Highway and Transportation Officials.

Key provisions of note for state departments of transportation in these funding bills include: allowing the repurposing of old earmarks that are at least 10 years old with less than 10 percent of funds obligated within a 25-mile radius from original project location; removing the cap on emergency relief funding in U.S. territories; and preventing the Federal Highway Administration from using interim guidance on Buy America waivers for requests prior to April 17, 2018.

The FY 2020 bill also suspends the “Rostenkowski Test” to prevent a 12 percent or $1.2 billion reduction in transit funding derived from the Mass Transit Account within the Highway Trust Fund and provides $162 million for Essential Air Service subsidies.

The bill also gives NHTSA $18 million for autonomous vehicle research and analysis, provides $5 million to the USDOT to establish a Highly Automated Systems Safety Center of Excellence focused on in-house agency workforce capable of reviewing, assessing, and validating the safety of automated technologies, with another $5 million for the agency’s Build America Bureau.

Senate Appropriations Chairman Richard Shelby, R-Ala., noted in a statement that “all in all, these bills accommodate countless [Congressional] member priorities on both sides of the aisle … and as the clock winds down, let’s come together and do what seemed so unlikely just a month ago: fund the entire federal government before the Christmas break.”

“I am proud that we were able to come together, negotiate our differences, and reach a bipartisan agreement that makes investments to strengthen our nation,” added House of Representatives Committee on Appropriations Chairwoman Nita Lowey, D-N.Y., in a statement.