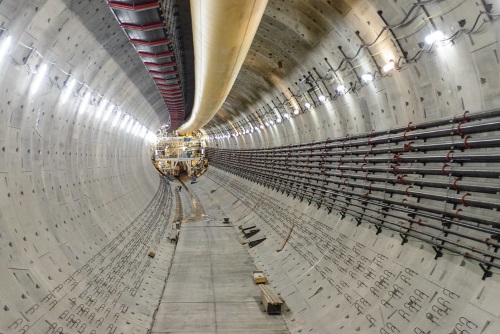 The Washington State Department of Transportation won $57.2 million in damages on Dec. 13 after a two-month jury trial over construction delays involving the downtown Seattle Highway 99 tunnel project – a verdict that is being appealed.

The trial revolved around the breakdown of the tunnel-boring machine Bertha – at the time the world’s largest TBM at more than 57 feet in diameter – which required a massive rescue and repair effort that ended up delaying completion the SR 99 project.

According to news reports, the state sued contractor – Seattle Tunnel Partners (STP) – alleging breach of contract and claiming mistakes by STP stalled the machine. STP, in turn, blamed the boring machine breakdown on a steel pipe it struck; pipe left over by the state from a groundwater test well sunk in 2002. In the end, the jury found that WSDOT is not liable for STP’s costs.

“We never wavered from our position that it was always the contractor’s responsibility to fix the tunneling machine and that taxpayers should not pay the repair bill,” noted Washington State Governor Jay Inslee (D) in a statement following the verdict. “We are grateful the jury agreed and awarded damages to taxpayers for a tunnel delivered three years behind schedule.”

“Knowing the risks associated with tunneling beneath downtown Seattle, we structured our contract with Seattle Tunnel Partners in a way that placed the risks of tunneling on the contractor,” he said. “We have remained steadfast in our belief that Seattle Tunnel Partners was responsible for the costs of fixing the broken tunneling machine and paying damages for completing the tunnel three years late. We believe the jury got it right and we are grateful for their patience and dedication to ensuring a fair outcome to this case.”