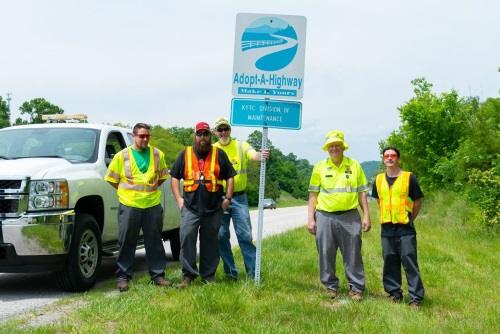 Newly-installed Kentucky Transportation Cabinet Secretary Jim Gray officially opened the agency’s yearly Adopt-a-Highway art contest this week, inviting students from across the state to send in original artwork for a contest the agency has held for more than two decades and that attracted 1,000 submissions last year.

“This longstanding tradition engages our youngest citizens early in life to promote a cleaner Kentucky and welcomes them to use their creativity and voices to encourage all Kentuckians to partner in keeping our roadways beautiful and litter-free,” he said in a statement.

The agency began accepting entries on December 16 and all submissions must be postmarked by Friday, February 14 to be considered eligible to win. The entry period stretches across two academic semesters and the winter break to allow more students the opportunity to enter and is divided into four age groups: 5-8, 9-11, 12-14, and 15-18.

KYTC said winners from each age division earn a $100 gift card while second and third-place finishers receive a $50 gift card. Additionally, first through third-place recipients for all age groups will have their featured in the Adopt-a-Highway Calendar and prints will be displayed in the agency’s Conference Center in Frankfort.

Collecting and removing litter from state highways is a costly task for state departments of transportation. For example, the Ohio DOT spends roughly $4 million a year on trash pickup. According to a news story in April, the agency collected 396,193 bags worth of trash from state highways last year, with its personnel spending 136,734 hours engaged in litter removal duties.