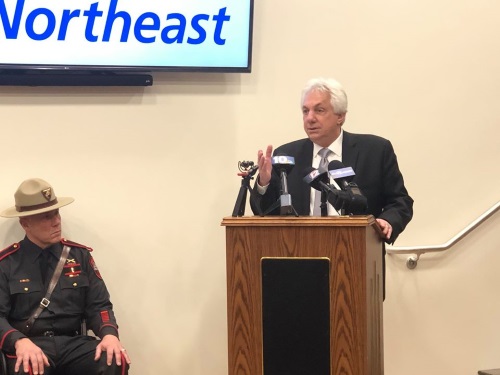 This new unit of the Rhode Island State Police, which began its work in mid-November, consists of significantly increased overnight road presence and is funded by RIDOT using approximately $830,000 received from the federal National Highway Traffic Safety Administration.

Though RIDOT said it has traditionally provided funds to state and local police for specific enforcement periods, typically around holidays and busy travel periods, this marks the first time Rhode Island will have a year-round unit of troopers dedicated to enhancing public safety by enforcing impaired driving laws.

“We are attacking impaired driving on many fronts,” RIDOT Director Peter Alviti, Jr., said in a statement. “Now we’re putting federal dollars to work to fund year-round patrols with the sole purpose of stopping and arresting drunk drivers before they have a chance to kill or seriously injure someone.”

According to the RISP, in the first month of operation, the unit has completed 97 shifts, arrested 90 people – 49 of them for driving under the influence – and issued 684 citations. In addition, 56 crashes were investigated – with nearly 30 percent of them involving a suspected impaired driver.

Both RIDOT and RISP noted they are using a data-driven approach for scheduling these patrols.

By analyzing crash data, the unit will be able to target specific areas in Rhode Island where crash rates are high and at the time of the day when most impaired driving crashes typically occur.

Still, RIDOT said that while alcohol-impaired driving deaths declined from 41 percent in 2017 to 34 percent in 2018, the numbers remain “alarmingly high.”