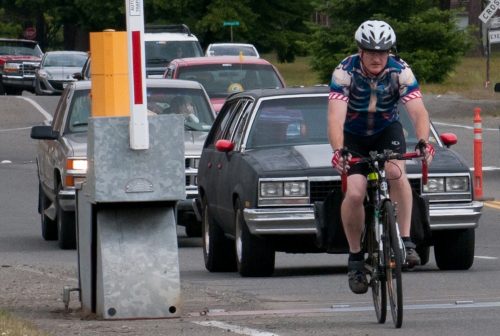 A 136-page report from consulting firm Deloitte predicts that tens of billions of additional bicycle trips per year will take place globally in 2022, in effect doubling the number of regular bicycle users in many major cities around the world where cycling to work is still uncommon.

That report – the 19th edition of the firm’s annual Technology, Media & Telecommunications Predictions publication – examines how trends such as the “canopy effect” where industry players will work more closely together as individual technologies like edge artificial intelligence chips, robots, and private 5G wireless networks, will impact communities around the world.

To that end, the report’s predicted growth in bike-riding will be bolstered by “an array of diverse technological innovations,” according to the firm, including predictive analytics, product and application design, wireless connectivity, digital urban planning tools, 3D-printed parts, and electrification.

Those innovations – which, for the most part, are being developed separately by a disparate range of companies, Deloitte said – will ultimately make bicycling safer, faster, more convenient, and easier to track and measure.

“This, in turn, makes it a more attractive option for first-mile, last-mile, and overall travel, furthering its rising popularity,” the firm noted in its report. “Growth in urban bicycle use can drive profound societal changes: reductions in traffic and pollution, less-crowded public transit systems, and improvements in public health.”

[The American Association of State Highway and Transportation Officials noted some of those trends during a special “mobile bicycle workshop” it hosted in 2018.]

And the need for more effective transportation is particularly acute in cities, Deloitte’s repot noted, as every week, an estimated 3 million people move into cities around the world. “By 2050, 2.5 billion more people are expected to be living in cities than today,” the firm said in its study.

“Moving all these people around may strain capacity on existing transport options [and] bikes can pick up some of the slack for shorter journeys,” the report emphaszied, as nearly three in five private car trips in the United States in 2017 were shorter than 10 kilometers [roughly equivalent to 6.2 miles] and just under half were shorter than five kilometers [roughly equal to 3.1 miles.]