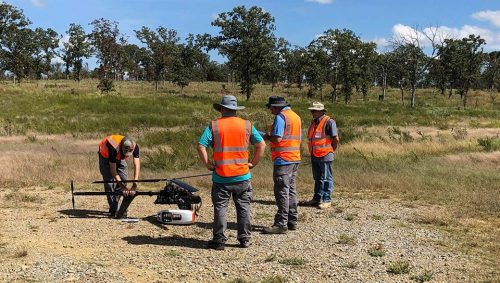 The Federal Aviation Administration issued a notice of proposed rulemaking on December 26 that would mandate the remote identification of Unmanned Aircraft Systems or UAS – commonly called drones – so they can be more safely integrated in the U.S. airspace system.

Dubbed the “Remote ID” rule, it would apply to all drones that are required to register with the FAA as well as to persons operating foreign civil UAS in the United States.

Recreational drones weighing less than half a pound are not required to register, the agency noted in a statement.

Nearly 1.5 million drones and 160,000 remote pilots are currently registered with the FAA, the agency added, and equipping drones with remote identification technologies would build on previous steps taken this year to safely integrate them into the nation’s airspace.

Drone use is also increasing rapidly among state departments of transportation, as the video report below details.

According to a survey conducted by the American Association of State Highway and Transportation Officials earlier this year, 36 out of 50 state departments of transportation or 72 percent are now funding centers or programs to operate drones. That’s up from 20 out of 44 state DOTs or 45 percent in AASHTO’s 2018 survey.

On top of that, seven out of 10 state DOTs polled by AASHTO said they have hired “hundreds of staff” to manage drone operations. Those state DOTs, 36 in total, also reported having 279 FAA-certified drone pilots on staff or approximately eight pilots per state, the organization noted.