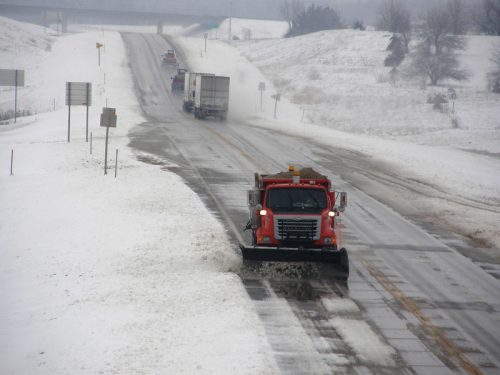 The Kansas Department of Transportation issued an “explainer” on December 26 regarding its use of beet juice for snow and ice control operations, as it tends to leave a brownish or grayish residue on the highways instead of the usual “white trails” left by salt.

The agency said it began experimenting with beet juice during the winter of 2015 in northwestern Kansas and now makes it available to its snow plow crews at more than 20 locations across state.

Jim Frye, Kansas DOT’s field maintenance manager/emergency coordinator, noted in a statement that “when the beet juice is added to the salt or salt brine, with its sticky texture, it will hold the salt or salt crystals on the highway longer, allowing it to work in our favor.”

Frye added that beet juice, when mixed with brine, allows the melting agent to be effective at lower temperatures. Based on the level of concentration, beet juice mixed with brine can help control ice when it is as cold as around zero degrees, he said.