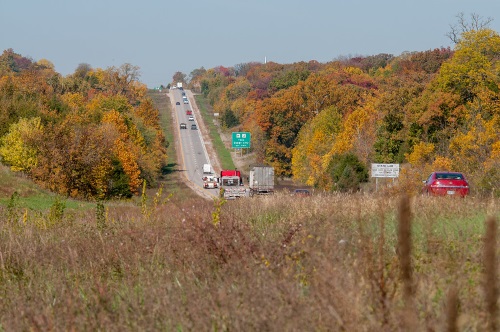 Those trends also dovetail with the goal of the ‘Toward Zero Deaths’ coalition – which the American Association of State Highway and Transportation Officials joined nearly five years ago – to eliminate U.S. roadway fatalities.

Reducing highway fatalities and injuries is also an emphasis area of Patrick McKenna, director of the Missouri Department of Transportation and AASHTO’s 2019-2020 president.

“Despite tremendous advances in technology and millions invested in [driver] education, the annual loss of life on our nation’s roads is staggering,” he explained upon his election as AASHTO’s president at the organization’s annual meeting in October 2019.

McKenna noted that AASHTO will continue its role in the Towards Zero Deaths and Vision Zero national coalitions while “facilitating a conversation” with state DOTs and local communities to consider ways to deploy “innovative infrastructure designs and technologies” to more safely accommodate pedestrians, bicyclists, and scooter users.

NHTSA Acting Administrator James Owens added in a statement that “dangerous actions continue to plague drivers,” such as speeding, distraction, and driving under the influence of drugs or alcohol.

“The path forward calls for a combination of policies, research, and action that requires committed and sustained effort from state, local, and Federal governments; and from highway safety partners, schools, and communities – all committed to reducing fatalities on our nation’s roads,” he added.

To that end, Mike Tooley – director of the Montana Department of Transportation and chairman of AASHTO’s Committee on Safety – explained in a recent video that state DOTs can engage in several key strategies to help reduce highway fatalities and injuries; hopefully one day eradicating them altogether.