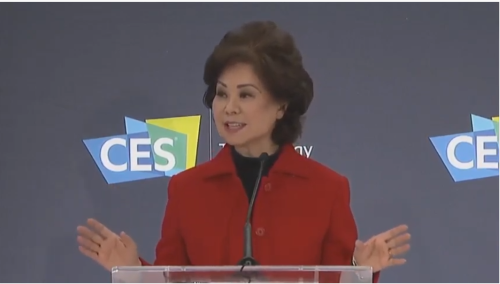 The 56-page policy document – entitled Ensuring American Leadership in Automated Vehicle Technologies: Automated Vehicles 4.0 and dubbed AV 4.0 for short – builds on the third round of guidance issued in 2018 and created “one unified approach” in the words of U.S. Chief Technology Officer Michael Kratsios in order to “help foster an environment for innovators to advance safe AV technologies, and put the U.S. in a position of continued leadership in the future of transportation.”

Concurrently with those new AV rules, the White House released a set of regulatory principles regarding the deployment of artificial intelligence to ensure public engagement, limit regulatory overreach, and promote trustworthy technology.

Kratsios noted in a statement that such principles will help “make our roadways safer with automated vehicles” while “advancing emerging technology in a way that reflects our values of freedom, human rights and respect for human dignity.”

Where AVs are concerned, USDOT Secretary Elaine Chao said in a statement that this fourth round of guidance establishes key federal principles for the development and integration of them into the nation’s transportation system while prioritizing safety and security, promoting innovation, and ensuring a consistent regulatory approach.

She added that it also outlines ongoing federal efforts supporting AV technology growth and leadership, as well as opportunities for collaboration including federal investments in the AV sector and resources for innovators, researchers, and the public.