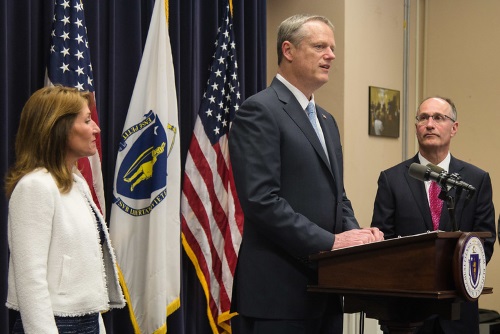 The governor noted in a statement that he previously proposed that additional spending in a series of fiscal year 2019 bills that are now being refiled for FY 2020.

According to the governor’s office, that $18 million, which, when combined with the $32 million authorized in the FY19 final supplemental spending bill, provides MBTA with a total of $50 million to support hiring additional staff and contractors plus engage other resources necessary to expedite the completion of critical capital projects, fund proactive safety inspections, and implement enhanced maintenance procedures to ensure the reliable operation of MBTA vehicles and infrastructure.

That money will also help MBTA implement 34 safety recommendations and 61 corrective actions suggested by a 69-page report commissioned last June after a series of derailments and other safety incidents.

The report – issued December 9 – is based on 100 interviews, six focus groups, and extensive site visits throughout the MBTA system, and makes six major safety policy recommendations intended “to move the organization to a place where safety is a priority and is culturally integrated into every aspect of their mission.”