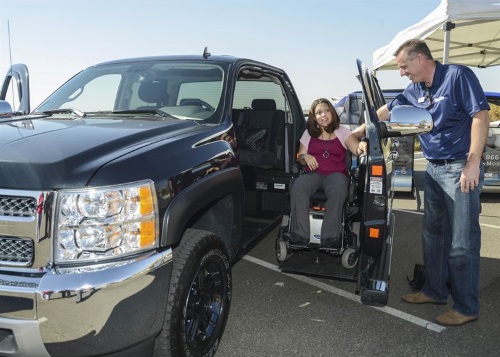 The U.S. Department of Transportation published a request for information (RFI) on January 7 to help guide the creation of its Inclusive Design Challenge; a contest aimed at encouraging the development of autonomous vehicle (AV) solutions geared toward the need of persons with physical, sensory, and/or cognitive disabilities.

[Above photo by Rebecca Amber for the U.S. Air Force.]

It is but one of several efforts the U.S. Department of Transportation launched on October 29 to foster “increased mobility access” for older adults, people with disabilities, and those living in “underserved communities” in rural and small urban areas.

Where its Inclusive Design Challenge is concerned, the agency plans to award $5 million as an overall prize to spur the development of “innovative new solutions” that increase the availability and accessibility of light-duty AVs to the disabled, while reducing the cost to implement said technologies, USDOT Secretary Elaine Chao said in a statement.

[At the 2019 Federal Highway Research Showcase held at USDOT Headquarters in Washington, D.C., FHWA Administrator Nicole Nason stressed the importance of making autonomous vehicles road ready for the future and for the general public.]

USDOT noted that it seeks feedback from academia, research laboratories, other government agencies, and industry stakeholders over the next 30 days via this RFI on the scope and evaluation criteria of this competition.

A poll conducted by the National Aging and Disability Transportation Center (NADTC) in December 2018 found that 68 percent of older adults and 79 percent of younger adults with disabilities believe locating “alternative transportation” if they could not drive would be “very difficult” or “somewhat difficult,” as both overwhelming said driving their own vehicle is the primary way they get around (82 percent and 66 percent, respectively) followed by getting a ride with family or friends (58 percent and 74 percent).

The results of the NADTC poll – encompassed within a 32-page report – also found that just 15 percent of older adults and 32 percent of younger adults with disabilities use public transportation services.