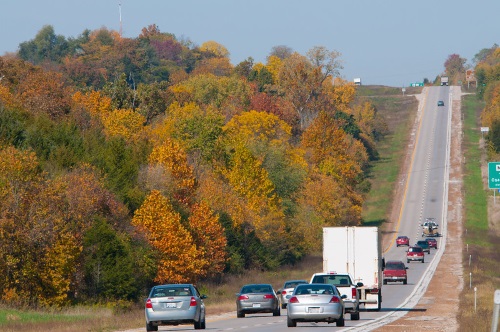 A recent analysis of household expense data by HNTB Corporation shows that, on average, American families pay far less in federal and state motor fuel taxes in comparison to electricity and water service, among others.

On average, HNTB’s analysis found that American drivers pay $274.69 annually in combined federal and state motor fuel taxes at the pump. Meanwhile, household expenses for annual average electric bills in the U.S. averaged $1,340 in 2017, according to U.S. Energy Administration data, while a family of four paid an average annual water bill of $844.68 last year, according to information crunched by research firm Statista.

“Think of it this way: the bills we pay monthly for critical services like electricity and water largely go to the utility companies and municipalities that provide these services,” said John Barton, HNTB’s senior vice president and national DOT practice leader, in a statement on January 13.

“That is not so when it comes to transportation,” he stressed. “Transportation is a utility and should be viewed as such. Mobility providers – the governments that build and maintain roadways, bridges, paths and transit systems so we can get to work or school, feed our families, supply our homes and enjoy our communities – see only a fraction of what Americans pay on average at the pump to deliver such an essential service. The low fuel taxes we pay are simply not enough to maintain our systems, let alone build or improve capacity.”

Jim Tymon, executive director of the American Association of State Highway and Transportation Officials, made the same points in testimony before Ohio state legislators last year.

“Nationwide, we see ample evidence for ever-growing transportation investment needs from growing population, aging infrastructure stock, and rapid deployment of new technology,” Tymon said in his remarks. “In 1970, Americans logged just over 1 trillion VMT [vehicle miles traveled]; yet by last year we traveled over 3 trillion miles. By 2030 we are expected to see a 25 percent increase in VMT and a 64 percent increase in travel by large commercial trucks.”

Meanwhile, the federal fuel tax on both gasoline and diesel hasn’t been increased since 1993, he noted.

“Congress is really struggling with this because the federal transportation program is funded through the Highway Trust Fund, which is spending $15 billion more than it is bringing in in revenue,” Tymon pointed out. “That is forcing Congress to sit back and figure out future funding, because just to maintain the current level of spending, it will need to raise the [federal] gas tax by 12 to 15 cents [per gallon].”

“It can step up communications efforts that educate Americans about the important utility of our roadways and other ways to pay for them,” he said. “A higher federal gas tax indexed to inflation can help quickly, but new ideas are needed, too. Mobility is vital to daily life—getting to work, school, recreation, healthcare, the grocery store, grandma’s house, the airport, moving the products and services we all consume each day—and it deserves investment levels that recognize that.”