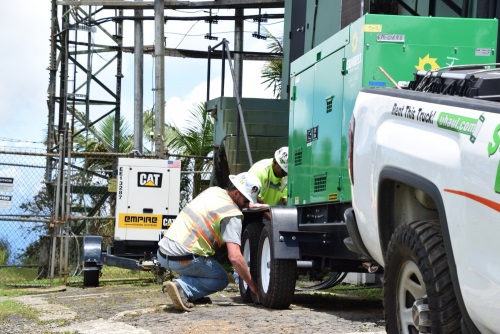 The Federal Highway Administration issued $5 million in “quick release” Emergency Relief or ER funds on January 16 to help repair roads and bridges damaged by recent earthquakes in Puerto Rico. The widespread destruction caused by a weeks-long earthquake “swarm” that began in late December on the island caused rockslides and landslides on major transportation routes.

The FHWA said in a statement the $5 million in ER funds will be used to reimburse Puerto Rico for the repairs needed on damaged federal-aid routes on the southwest part of the island, as well as to restore essential traffic on damaged bridges, landslides and collapsed sections of roads.

They also serve as a “down payment” of sorts on the costs of short-term repairs while Puerto Rico continues to compile damage assessments for long-term repairs, the agency added.

More widespread aid is on the way to island nation, which has been rocked by several natural disasters over the last several years. On January 8, the Trump administration gave the green light for $8 billion in emergency aid for Puerto Rico to supplement local response efforts to those earthquakes. Additionally, according to press reports, the House of Representatives is expected to pass a $3.4 billion disaster relief package for Puerto Rico by month’s end that will include $1.25 billion for highway and related infrastructure repairs.

The island territory has also received significant aid from FHWA to repair its transportation networks.

Last September, FHWA issued $871.2 million in ER funds to help 39 states – including Puerto Rico and other U.S. territories – make repairs to roads and bridges damaged by storms, floods, and other unexpected events over the last three years.

That followed $705.7 million in ER funds issued to 34 states last February, with more than a fifth of that amount – about $153 million – slotted to pay for repairs to damage caused by Hurricanes Harvey, Irma, and Maria, which all occurred in late 2017. Hurricane Maria hit Puerto Rico particularly hard, forcing the island’s then-governor to seek almost $4.5 billion in federal government aid for road and bridge needs alone, with nearly $1.35 billion requested to cover repair costs related to seaports and airports.