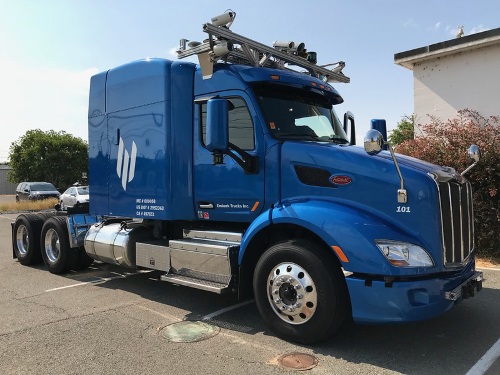 A 54-page report issued by the American Transportation Research Institute (ATRI) on January 13 said that “myriad” of federal, state, and local rules that govern testing of self-driving vehicles may “ultimately impede” the creation of a seamless and standardized autonomous truck network in the United States.

“While much has been written on the regulatory frameworks for AV [autonomous vehicle] technologies at the federal level, a diverse array of approaches to regulating and accommodating these technologies has emerged across states,” ATRI’s report noted.

“Given the critical role of states in monitoring, maintaining, and regulating various aspects of the transportation ecosystem, the regulatory environment at the state level may in fact be the most important element in facilitating the adoption of AV technologies,” the group said in its report.

However, the high-level and non-binding recommendations issued to state entities by the U.S. Department of Transportation has created an “inconsistent patchwork” of state policy and regulations to emerge.

“States are at different stages of the policy development process, and have not approached many critical policy issues in a standardized way,” the report noted.

“As a result, the most comprehensive piloting and testing of AV technologies in trucking has occurred on private test tracks and interstates,” ATRI said. “This has hindered the efforts of private industry to bolster public confidence in the safety and efficacy of these emerging technologies, which will ultimately be necessary to facilitate their widespread deployment on public roadways.”

Several states are trying to change that. For example, a law signed by Florida Gov. Ron DeSantis (R) last June aims to remove “unnecessary obstacles” hindering the development of autonomous vehicle technology – including allowing fully autonomous vehicles to operate on Florida’s roads “regardless of the presence of a human operator.”

Also, in December, California officially gave the green light for testing and deploying commercial light-duty autonomous delivery vehicles on the state’s public roads – with an approved permit from the Department of Motor Vehicles.

And in September last year, the USDOT awarded AV research funds to three states – Ohio, Michigan, and Virginia – to boost further study of AV operation in rural areas, on city streets, and within the trucking industry.