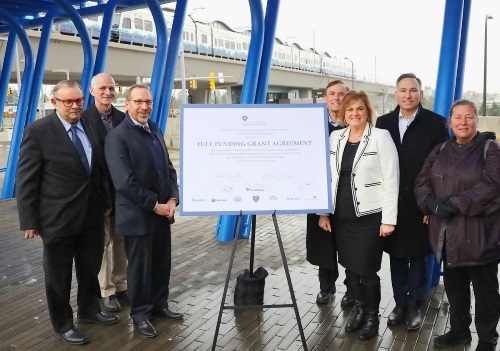 [Above photo by FTA]

FTA provided a $790 million full funding grant agreement to Sound Transit on January for its Federal Way Link Extension Project in King County, Washington – a project located within a dense suburban corridor where the existing roadway network is constrained and travel options are limited to two congested roadways.

“Commuters in Seattle can now look forward to a one seat ride between King County, Sea-Tac Airport, downtown Seattle, and the University of Washington,” said FTA Acting Administrator K. Jane Williams in a statement. “This extension will improve access to jobs, healthcare, educational opportunities, and other destinations in the Puget Sound region.”

She added that Sound Transit has also been approved for up to $629.5 million in USDOT credit assistance through the Build America Bureau via its Transportation Infrastructure Finance and Innovation Act program.

The agency added that this BRT project will extend bus service from Browne’s Addition, a residential area and National Register Historic District located west of downtown Spokane, to an eastern terminus at Spokane Community College.

The total project cost is $92.2 million, with $53.4 million in federal funding being provided through its CIG program.

FTA noted that since January 20, 2017, it has advanced grants for 25 new CIG projects throughout the nation totaling approximately $7.5 billion in funding commitments.