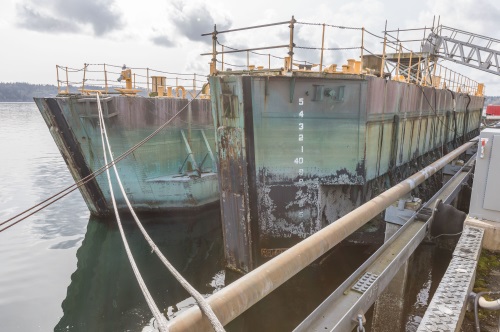 The U.S. Maritime Administration issued a notice of funding opportunity on January 9 that made $19.6 million worth of federal funding available to support capital improvements and employee training at small U.S. shipyards.

[Above photo by the U.S. Navy]

Applications for that grant money is due by 5 pm EST on February 18, the agency said.

“U.S. small shipyards are the economic backbone for communities throughout the country,” noted MARAD Administrator Mark Buzby in a statement. “They are a proven, wise investment, leveraging the skills and expertise of our shipyard community, which in turn empowers our entire maritime industry.”

Since its inception in 2008, the agency said this grant program has awarded more than $223 million through 244 grants.