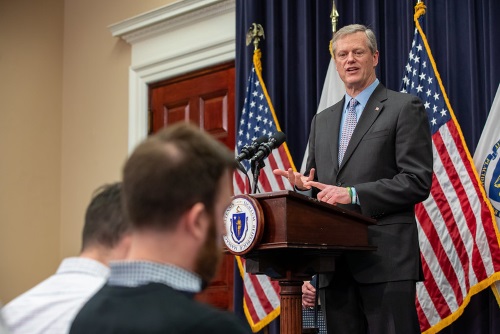 Governor Charlie Baker (R) is seeking $200 million in “Chapter 90” funds from the Massachusetts legislature to support local transportation infrastructure projects in all 351 cities and towns across the state as part of his administration’s fiscal year 2021 budget proposal.

The Chapter 90 funding measure requires cities and towns to submit receipts for their transportation projects to the particular Massachusetts Department of Transportation’s Highway Division district in which they are located, which in turn verifies that the expenditures qualify for reimbursement under Chapter 90. Those districts then file those receipts with MassDOT’s fiscal department, which issues the reimbursements.

“Chapter 90 funding helps every city and town in Massachusetts make infrastructure upgrades to local roads and bridges, strengthening the Commonwealth’s transportation system,” the governor said in a statement on January 24. “This funding, in addition to the local aid we included in our fiscal year 2021 budget proposal, gives municipalities the flexibility to make needed investments in their communities.”

“We urge legislators to act quickly and approve this legislation,” added Stephanie Pollack, MassDOT’s secretary and CEO. “With Chapter 90 money and funding … gives initiatives like Municipal Small Bridge and the Complete Streets Funding programs a variety of resources to draw from.”

Gov. Baker’s administration previously requested this $200 million in FY 2021 Chapter 90 funding within the $18 billion Transportation Bond Bill it filed last year and is refiling the measure now in order to ensure this “time-sensitive funding” is available before the start of the construction season.

Since he took office in 2015, Gov. Baker said his administration has released $1.16 billion in funding through the Chapter 90 formula, and if approved by the legislature, this FY 2021 request would bring that total to $1.36 billion.