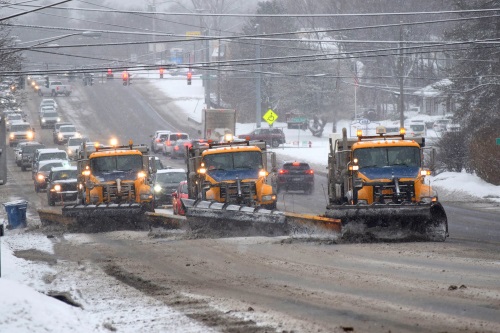 “The increasing frequency and intensity of extreme weather has had devastating impacts on the state’s transportation network,” noted Marie Therese Dominguez, commissioner of the New York State Department of Transportation, in a statement. “Through the renewal and hardening of our state’s infrastructure, New York continues to support the rejuvenation of our local communities and regional economic growth.”

She noted that those 95 projects receiving funding are slated to start this spring and should be completed during the winter of 2020.

“New transportation technologies like e-bikes and e-scooters pose exciting potential as a sustainable alternative to vehicles, but we need clear laws and regulations that put the safety of riders and pedestrians first,” the governor said in a statement. “This legislation will create important speed and operating measures for these technologies that will provide clarity for everyone and end the arbitrary enforcement of vague laws that has posed substantial hardship on immigrant delivery workers, while enabling all delivery workers to do their work safely and more efficiently.”

Meanwhile, he proposed to expand the list of protected transportation workers to include customer assistance personnel, signal system repairers, and track cleaners, among other additional titles. Currently protected titles include train and bus operators, signal persons, and terminal cleaners, the governor noted.

The legislation clarifies existing protections for transportation workers while adding new ones; making any form of forceful or violent physical contact against a worker on duty, including spitting on them, constitutes a Class A misdemeanor punishable by up to one year in prison.

“New York transit workers literally keep this state moving and the attacks against them are repugnant,” Gov. Cuomo said in a statement. “No transit worker should ever be subjected to assault of any kind, and I am proposing new measures to enhance protections for them and ensure more workers across the transit system get the respect they deserve.”