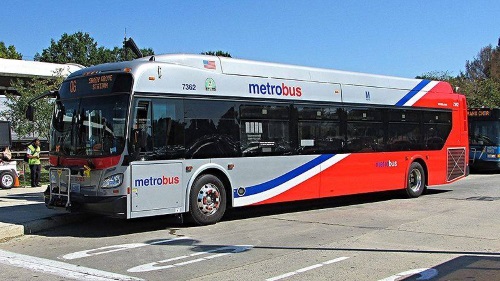 The District Department of Transportation has initiated a three-month pilot project that will use bus lane camera to guide enforcement of transit-only street designations.

“The data we collect over the next three months will inform our next steps on how to use automated enforcement to help keep bus lanes and bus stops safe and clear for transit vehicles,” said DDOT Director Jeff Marootian in a statement.

He added that DDOT will collect data on how the bus lanes are being used, specifically the number of unauthorized vehicles using the lane while it is operational.

That will allow the agency to better understand the infrastructure and organizational systems needed to perform automated bus lane enforcement and how to review and process camera footage, Marootian noted.

This pilot project dovetails with DDOT’s Bus Priority Project, which seeks to identify a pipeline of bus priority corridor projects and develop a toolbox of improvements, such as bus lanes, to help improve bus speeds and reliability. Those efforts have been in response to a decline in city bus speeds over the last decade, the agency said.

DDOT concluded a three-month pilot study of bus priority lanes along H Street NW and I Street NW last August and then made them permanent effective November 14 last year.