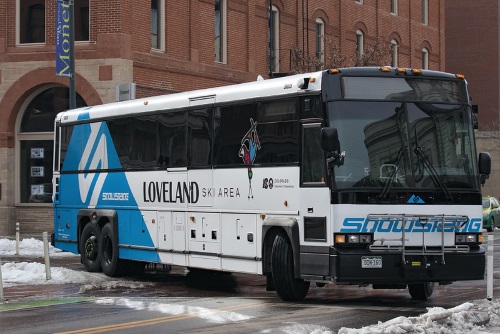 A new 29-page report issued by DePaul University on January 30 identified “significant increases” in seat capacity on the U.S. intercity bus system, especially on routes between major cities separated by 100 to 400 miles. Meanwhile, the report also indicated that new business models are “being refined,” especially state-supported networks such as the Bustang and Snowstang services introduced by the Colorado Department of Transportation in 2015 and 2019, respectively.

“More state governments are working to create branded networks analogous to Colorado’s Bustang and Virginia’s Breeze service [and] the evidence is compelling that these systems can be both cost effective and attractive to broad demographic segments,” the report said. “These developments and others, including more extensive push for ‘last-mile/first-mile’ solutions, make the next several years an important time for scheduled intercity service.”

The report noted that the Colorado DOT’s Bustang service carried 21,184 passengers monthly in January 2019, up from around 17,500 the previous year, and has continued to grow since then. Early last year, Bustang added a sixth weekday Denver–Ft. Collins trip, with the agency introducing its Snowstang bus operation last December – a direct service from Denver Union Station to the Loveland Ski Area, Arapahoe Basin, and Steamboat Resort/Howelsen Hill that is only available on weekends and select holidays.

“That program helps ease traffic congestion on roads leading to resorts and constitutes one of the most notable statewide initiatives to coordinate and support intercity bus service with both tourism and economic development in mind,” the DePaul report added.