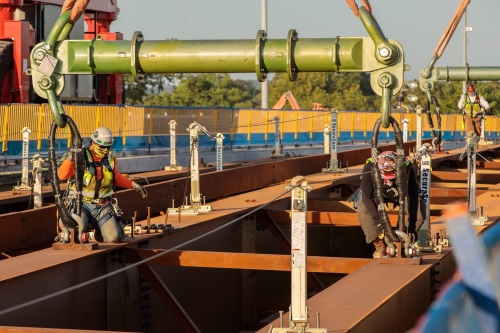 A new 126-page report released by the Tennessee Advisory Commission on Intergovernmental Relations or TACIR on February 3 said the state needs at least $54.8 billion worth of public infrastructure improvements, with more than half required by the transportation and utilities sector.

[Above photo by the Tennessee DOT.]

The group noted that the total amount of infrastructure funding required by the state has increased by $4.8 billion or 9.7 percent year-over-year, with more than $3.7 billion of this year’s increase attributable rising needs for transportation and utility investment; the fourth year in a row the estimated cost of needs for this category has increased.

Along those lines, Tennessee Governor Bill Lee (R) emphasized in his state of state address on February 3 that his administration plans to ramp up rural infrastructure investment across the state going forward.

“In the past year, this state has garnered 108 project commitments to create 16,500 jobs and $3.6 billion of capital investment [and] while we still have more work to do on rural economic development, I’m also proud that more than half of these projects have been announced in rural counties,” the governor said in his remarks, which is why he seeking to create a $20 million Rural Opportunity Fund to support site development, main-street development, and provide “critical infrastructure project assistance.”

“We’re making these investments because, as our state’s elected leaders, we must remain aware of serving every part and every person of our state,” the governor said.