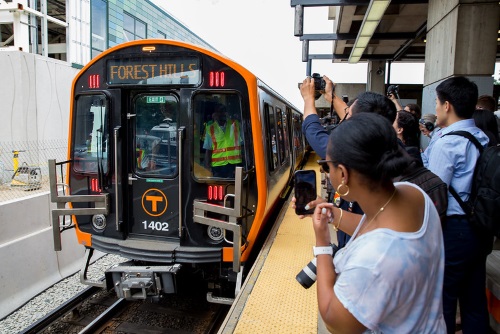 The Massachusetts Bay Transportation Authority said on February 6 that it plans to accelerate infrastructure projects for several subway and commuter rail lines during calendar year 2020 in order to improve service, safety, and reliability “on a faster timeline.”

According to the agency’s 2020 Infrastructure Acceleration Plan, work on those projects will include additional diversions of weekend service on all rapid transit lines and several commuter rail lines. Overall, this effort is expected to complete those projects eight years faster than originally planned; resulting in track replacement, upgraded intersections, and station improvements, MBTA said.

“Our administration is dedicated to building a better MBTA for our riders that is safer and more reliable, and the 2020 Infrastructure Acceleration Plan will help to achieve this goal faster,” said Governor Charlie Baker (R) in a statement; part of the reason he requested a further $18 million from the Massachusetts legislature in mid-January to support both infrastructure and safety investments by the MBTA.

“The MBTA started these projects in 2019 and will continue a vigorous schedule of construction and repairs aimed to build a system that will move more people from point to point in less time,” he said. “The MBTA has worked hard to minimize disruptions for riders for the 2020 projects by continuing to provide alternative transportation services and has also developed a new web map so riders can get the information easily during this process.”

“MBTA customers deserve better service faster, but the [it] can’t deliver on modernization without disruption, including weekday station shutdowns,” added Stephanie Pollack, secretary and CEO of the Massachusetts Department of Transportation. “During the shutdowns, we will help people get to where they are going on shuttles or other train lines. Most importantly, the temporary inconvenience will be worth it, delivering safer and more reliable service in months instead of years.”

“We recognize the need to accelerate core system investments, so our plan for 2020 will result in series of investments that is five times more than what we accomplished in 2019,” said Steve Poftak, MBTA’s general manager. “The increased work, accelerated investments, and smarter planning for replacement service represents our new normal as we continue to build a better, safer, more reliable MBTA.”

That’s also the philosophy behind the agency’s ongoing effort to implement 34 safety recommendations, as well as 61 corrective actions suggested by a 69-page report issued in December 2019 after a series of derailments and other safety incidents.