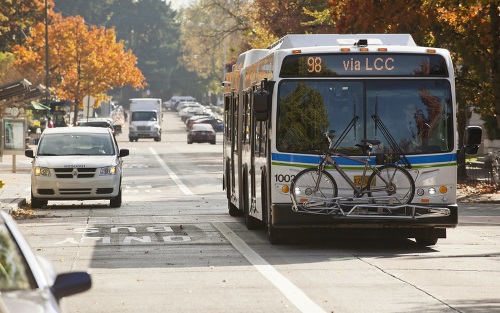 Revenue from a new payroll tax implemented as part of HB 2017 Keep Oregon Moving legislation passed three years ago is allowing the Oregon Department of Transportation to beef up investments in public transportation statewide.

In a Statewide Transportation Improvement Fund Report issued by the agency on February 5, the Oregon DOT said it expects to offer 3 million hours of new bus service and deploy 329 new buses – including 103 new low- or no-emission buses – by mid-2021 due to the new funding.

The Oregon DOT added in a separate analysis of HB 2017 issued in 2018 that the new payroll tax will produce an estimated $5.3 billion in total revenue over its first 10 years, including both highway and non-highway funding. When all taxes and fees are in place in 2024, HB 2017 will produce $500 million in state highway fund revenue annually, the agency said.