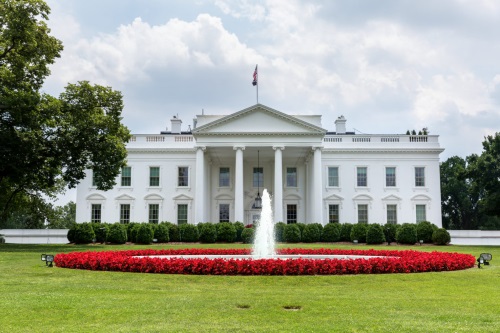 The 138-page proposed fiscal year 2021 budget issued by President Trump’s administration on February 10 proposes to reauthorize surface transportation funding to the tune of $810 billion over the next decade, along with an additional one-time payment of $190 billion to support a broad mixture of “infrastructure investments” across a range of industrial sectors.

That would add up to over $1 trillion in direct federal transportation and infrastructure funding between 2021 and 2030 represents a “distinct departure” from the administration’s 2018 outline, which sought to leverage $200 billion of direct federal funding into $1 trillion in overall investment with state/local and private contributions.

“With the expiration of the Fixing America’s Surface Transportation (FAST) Act in September, the time to take bold action to address these and other challenges is now,” the U.S. Department of Transportation argued in a 68-page budget synopsis. “Building on the foundation provided in the FAST Act, the administration’s funding proposal would largely grow by almost 4 percent annually through fiscal year [FY] 2030 … that will provide states and other entities with dependable and predictable funding for an entire decade.”

Near term, that translates into an $89 billion budget request for USDOT FY 2021 funding – a nearly 2 percent increase above FY 2020 appropriations, of which $64 billion would come via the Highway Trust Fund (HTF). The administration noted, however, that its request for $21.6 billion in discretionary transportation budget authority for FY 2021 is a $3.2 billion or 13 percent decrease from what was enacted for FY 2020.

An analysis of the budget proposal by American Association of State Highway and Transportation Officials policy staff noted that such fiscal proposals by the White House represent “the traditional first step” in budget negotiations with Congress towards final FY 2021 appropriations measures.

The administration’s budget would also provide $1 billion to the Better Utilizing Investments to Leverage Development or BUILD program, $1 billion in discretionary resources to the Infrastructure for Rebuilding America or INFRA program, and $1.9 billion for the Capital Investment Grant or CIG program for transit-related projects – with the USDOT noting in its synopsis that it plans to focus on “strengthening” those two programs during 2020.

However, AASHTO emphasized that the administration does not identify “pay-fors” for either its 10-year infrastructure plan or for the HTF, which is facing a cash shortfall in FY 2021 and FY 2022.

Rather, the White House’s proposal states that “the administration looks forward to working with the Congress to responsibly pay for the needed increases in surface transportation spending … with a combination of budget savings proposals. In the coming months the Administration will release the details of its reauthorization proposal.”

Yet for FY 2021 and beyond, the administration seeks to eliminate general fund supplements to transportation outlays made by Congressional appropriators in recent years and seeks to build those additional dollars into affected program baselines, supported by the HTF rather than the general fund.

The president’s FY 2021 budget would also eliminate a required set-aside for the agency’s Transportation Alternatives program.

“This elimination provides additional flexibility to use the resources within the Surface Transportation Block Grant Program to support projects that rehabilitate or expand highways in a manner that supports interstate or regional commerce,” the administration said in its proposal.

The USDOT also touched on several policy “themes” it plans to pursue within its 68-page budget highlight document:

In a separate section, the president’s budget calls for reforms to the Inland Waterways Trust Fund, including an annual per-vessel fee for commercial users, to help finance future capital investments on waterways as well as cover a portion of the cost of their operation and maintenance.

“The current diesel fuel tax is insufficient to support the users’ share of these costs,” the administration noted in its budget.

Additionally, the budget re-proposes revisions to the appropriations language for the construction, operation, and maintenance, and Mississippi River and tributaries accounts – along with new appropriations language for the Harbor Maintenance and Inland Waterways Trust Funds, so as to provide greater “transparency” in how money from those funds are spent.

“Establishing separate appropriations accounts for the navigation trust funds would improve accountability, ensure appropriations are used for the purpose and at the level which the Congress intended, and increase transparency for the public, including the users that pay fees to finance some of these costs,” the administration noted.