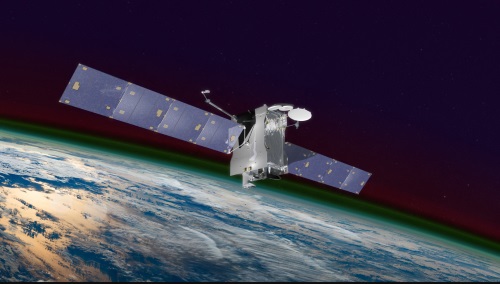 [Above photo by NASA.]

“Since the United States made GPS available worldwide, PNT services provided by space-based systems have become a largely invisible utility for technology and infrastructure, including: the electrical power grid; communications infrastructure and mobile devices; all modes of transportation; precision agriculture; weather forecasting; and emergency response,” the president noted in his executive order.

“Because of the widespread adoption of PNT services, the disruption or manipulation of these services has the potential to adversely affect the national and economic security of the United States,” Trump said. “To strengthen national resilience, the federal government must foster the responsible use of PNT services by critical infrastructure owners and operators.”

The policy directive also aims to ensure critical infrastructure can withstand disruption or manipulation of PNT services; thus requiring the federal government to “engage the public and private sectors to identify and promote the responsible use of PNT services.”

In a separate statement, U.S. Department of Transportation Secretary Elaine Chao added that PNT services like GPS are critical to the safe and efficient use of the national transportation system by the traveling public, the freight community, other commercial and private entities.

“We must ensure that reliable PNT services are available to meet current and emerging transportation applications and supporting infrastructures – [such as] communications, energy, information systems, etc. – with the goal of reducing deaths and injuries on our highways, rail systems, transit, aviation, and maritime modes and ensuring America’s transportation network continues to be the safe and technologically advanced,” she noted.

Improving the security of GPS systems has been a long-standing focus of the USDOT. In 2001, the agency’s Volpe National Transportation Systems Center – in conjunction with the Department of Defense – completed a study of GPS security in relation to the U.S. transportation system.

All modes of transportation are increasingly reliant on GPS, according to that study, but GPS is susceptible to various forms of “unintentional disruption” from atmospheric effects, signal blockage from buildings, and interference from communications equipment, as well as “deliberate disruption” by hackers.

“This report provides a roadmap for addressing possible vulnerabilities in GPS so that we can continue maintaining the highest standards of transportation safety,” said then-USDOT Secretary Norman Mineta in a statement. “We will be working to ensure that GPS will fulfill its potential as a key element of the nation’s transportation infrastructure.”