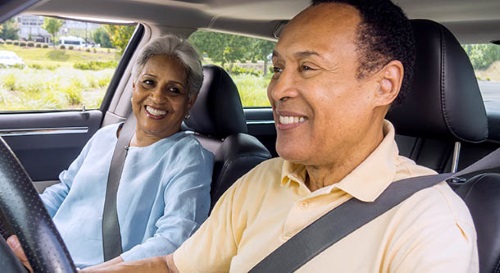 New research issued by the AAA Foundation for Traffic Safety on February 18 finds that older male adults who give up driving are facing “lower levels of social support” when it comes to advice, suggestions, and information regarding alternative transportation options.

“When it comes to older drivers, data from our study suggests there are perceived social support differences between older male and female drivers,” noted Dr. David Yang, executive director of the AAA Foundation for Traffic Safety, in a statement. “Men and women who have reduced their driving report similar levels of care and emotional support from friends and family, but older male drivers find it harder to seek out advice and guidance.”

The group said of the 2,990 participants in its Longitudinal Research on Aging Drivers or LongROAD study, one in five older drivers reduced their driving in the past year, with more women (57 percent) than men (43 percent) cutting back on driving. Yet the study also found that, compared to women, men over age 65 who have reduced their driving do not receive as much support in terms of locating alternative forms of transportation, such as carpooling, ridesharing, or public transit options.

“Cutting back on driving may threaten older drivers’ sense of independence and may complicate their ability to run errands, keep medical appointments, or visit friends,” said Rhonda Shah, project manager for AAA Traffic Safety Advocacy. “Just like planning for financial and healthcare needs in retirement, there are many benefits to planning ahead for the day when it makes sense to limit or stop driving.”

AAA’s report accentuates the findings of a poll conducted by the National Aging and Disability Transportation Center in late 2018 that indicated 68 percent of older adults and 79 percent of younger adults with disabilities believe locating “alternative transportation” if they could not drive would be “very difficult” or “somewhat difficult,” as both overwhelmingly said driving their own vehicle is the primary way they get around (82 percent and 66 percent, respectively) followed by getting a ride with family or friends (58 percent and 74 percent).

The results of the NADTC poll – released in a 32-page report on December 6 , 2018 – also found that just 15 percent of older adults and 32 percent of younger adults with disabilities use public transportation services.