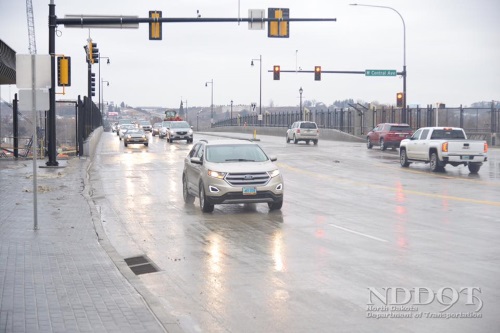 “Traffic fatalities have been on a downward trend since 2012,” said Bill Panos, director of the North Dakota DOT, in a statement.

“Vision Zero continues to work toward the goal of zero fatalities and serious injuries on North Dakota roads because even one fatality is too many,” he added.

The agency noted that preventable behavior-related factors – such as not wearing a seat belt, alcohol, and speed – are some of the largest contributors to motor vehicle fatalities in North Dakota. Of the 100 fatalities that occurred in the state in 2019, 47 were not wearing their seat belt, 42 were alcohol-related, and 24 were speed-related, it said.

[Editor’s note: reducing highway fatalities is one of the main emphasis areas of Patrick McKenna, director of the Missouri Department of Transportation, during his one-year term as president of the American Association of State Highway and Transportation Officials.]

That corresponds to a year-over-year decline in fatalities the agency noted from 2017 to 2018.

Concurrently, preliminary data from the Federal Highway Administration indicated that VMT during the first nine months of 2019 increased by approximately 24 billion miles, or roughly one percent, versus the same period in 2018.