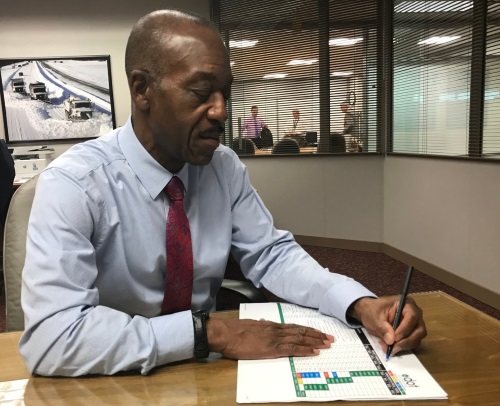 The American Association of State Highway and Transportation Officials recently appointed Jack Marchbanks (seen above), director of the Ohio Department of Transportation, to serve a two-year term as co-chair of the Special Committee of Associate Members.

AASHTO’s associate members are officials of state or local agencies other than state departments of transportation.

Named director of the Ohio DOT by Governor Mike DeWine (R) in January 2019, Marchbanks – who holds a doctorate in American history – served as deputy director of the agency’s District 6 from 1997 until 2007.

He then worked for the PRIME AE Group soliciting professional design contracts with federal, state, and local government agencies for six years before rejoining the Ohio DOT in 2016 as assistant director for business and human resources.