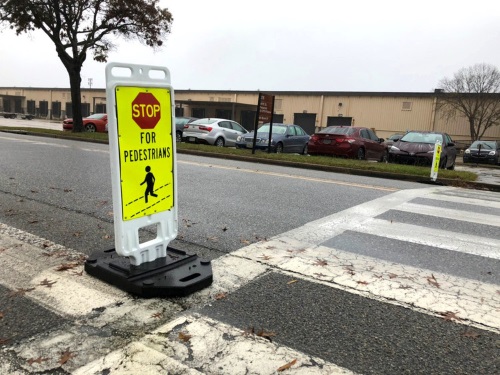 A new report issued by the Governors Highway Safety Association on February 27 projects that 6,590 pedestrian fatalities occurred in 2019; an uptick of 5 percent from 2018. The GHSA said that prediction is based on the number of pedestrian fatalities reported by state highway safety offices for the first six months of 2019, with that raw data adjusted based on historical trends.

The group’s study also found that most pedestrian fatalities take place on local roads, at night, and away from intersections – suggesting the need for safer road crossings and increased efforts to make pedestrians and vehicles more visible.

Additionally, this uptick in pedestrian fatalities is not occurring evenly across the country, GHSA stressed. For example, in 20 states and the District of Columbia, pedestrian fatalities declined over the six months of 2019 compared to the same time period in 2018 – with six states reporting double-digit declines and another seven reporting consecutive years of declines.

On top of that, sharp decreases in pedestrian fatalities in some cities suggest that state-level data may obscure local success stories, GHSA said.

Still, Jonathan Adkins, GHSA’s executive director, noted in a statement that – based on his group’s analysis – over the past 10 years, the number of pedestrian fatalities on U.S. roadways has increased by more than 50 percent; accounting for 17 percent of all traffic deaths in 2019, compared to 12 percent in 2009

“This alarming trend signifies that we need to consider all the factors involved in this rise, identify the high-risk areas, allocate resources where they’re needed most, and continue to work with local law enforcement partners to address the chronic driver violations that contribute to pedestrian crashes,” he said.

GHSA’s report also noted that while pedestrian deaths have been increasing significantly over the past decade, the number of all other traffic deaths has increased by only 2 percent.