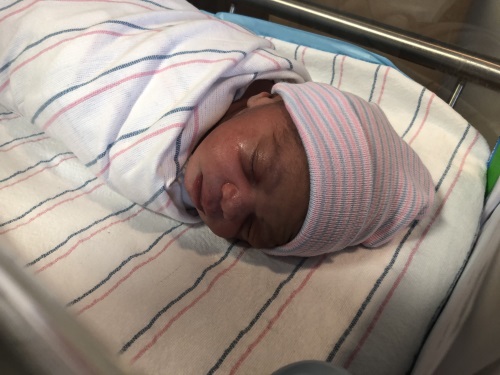 On February 24, Wayne Evans – a superintendent with the Mississippi Department of Transportation – experienced what he termed an “eventful morning at work” that included delivering a baby along Interstate 20 at Exit 59 in East Brandon.

In a video interview, Evans explained that he put medical training learned in the U.S. Marine Corps to work when two women approached him in a vehicle with flashing emergency lights asking for help.

“I came over to them and noticed a third young lady in the back seat who, from my observation, was going into labor with [a birth] going to happen pretty quick,” he said. “I knew they were not going to make it to the hospital.”

Evans said he went back to his truck, got his medical kit, put on his gloves, and went to work. According to news reports, Desire’e Thomas gave birth to her son in the car with Evans removing the umbilical cord from around the child’s neck. Emergency personnel arrived on the scene shortly thereafter and transportation mother and child to a local hospital, where both are in good health.