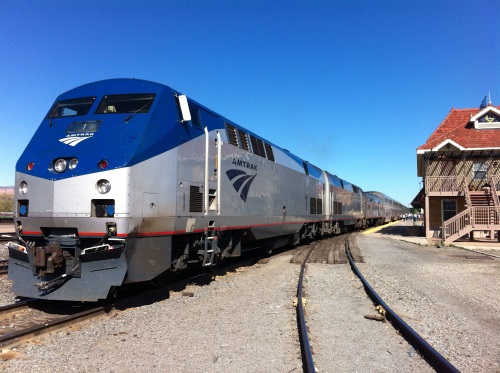 Anderson will remain with Amtrak through the end of 2020 as a senior advisor to Flynn to complete his three-year chief executive commitment, Amtrak noted.

Flynn, 66, has spent more than 34 years in various management positions across multiple modes of transportation – including rail, maritime, and aviation. He recently spent a 13-year tenure as president, CEO, and chairman of Atlas Air Worldwide Holdings. He also held senior roles with CSX Transportation, Sea-Land Services, and GeoLogistics Corp.

“Bill is the right executive to lead us into the future,” said Tony Coscia, Amtrak’s chairman, in a March 2 statement.

“We’ve never been stronger as a company than we are today,” he noted. “We are modernizing the customer experience and delivering our service to more people. Bill has a consistent track record of growing and improving complex transportation businesses. We are confident he will build upon the strong foundation of record-setting growth and improvement.”

“Amtrak’s future is incredibly bright and I’m excited to join the team,” Flynn added. “Amtrak service is vital to millions of Americans across the nation and by improving the customer experience, driving safety, and strengthening our partnership with states and other stakeholders, we can do much more for the American people. It’s a privilege to join them in continuing this work and advancing something as important as Amtrak’s mission.”