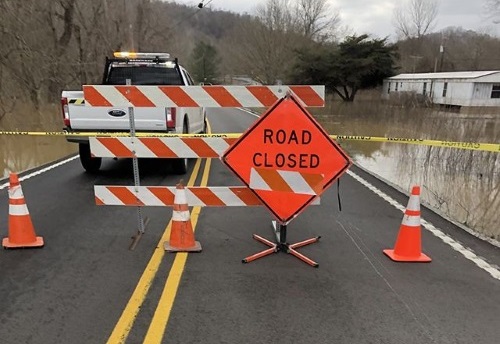 The Illinois DOT is getting more than $3.7 million out of an overall $4.1 million grant made by the Office of Federal Lands Highway’s Emergency Relief for Federally Owned Roads or ERFO program – a program managed by the Federal Highway Administration – to help pay for transportation infrastructure repairs after heavy rains and flooding in Illinois during the spring of 2019.

The U.S. Army Corps of Engineers and the U.S. Fish and Wildlife Service are receiving $200,000 and $133,500, respectively, from that grant for the same purpose albeit on a more limited scale.

“These investments will go a long way to repair Illinois’s transportation infrastructure and support communities impacted by severe weather,” noted Sen. Tammy Duckworth, D-Ill., in a statement. “Flooding across our state last year devastated so many families and communities.”

Meanwhile, Kentucky is getting $2 million in quick-release emergency relief or ER funds from the FHWA to address the damage to federal-aid highways from flooding that began on February 3 and culminated with Governor Andy Beshear (D) declaring a state of emergency on February 7.

The FHWA noted in a statement that, to date, more than 160 damaged federal-aid sites across 10 Kentucky counties suffered damages estimated at upwards of $10 million, with many of the damaged sites are located in the state’s mountainous eastern and southeastern regions.

Finally, Alabama is receiving $5 million in ER funds from FHWA to cover the cost of repairs from flooding trigged by excessive rainfall that started on February 1 – forcing Governor Kay Ivey (R) to declare a state of emergency on February 18.

Subsequent flooding caused road washouts and slides across northern and central Alabama, FHWA noted in a statement, along with a landslide that severely damaged US 231 in Morgan County. FHWA added that initial damage assessments for Alabama may exceed $30 million as result of that flooding.