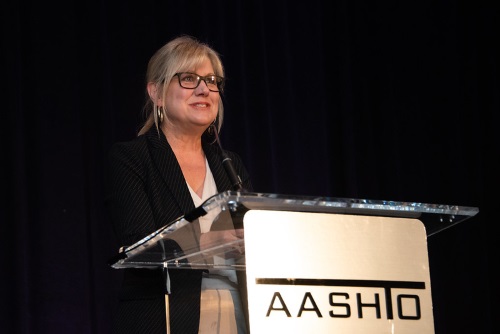 Lorrie Harris Tudor – slated to become the new director of the Arkansas Department of Transportation on March 20 – has been appointed to serve a two-year term as chair of the American Association of State Highway and Transportation Officials Committee on Funding and Finance. She’s served as vice chair of the CFF since 2017.

Tudor began her 36-year career with what was then the Arkansas State Highway and Transportation Department in 1981 as a clerk typist, leaving the agency in 1995 to attend college; obtaining a Bachelor of Science in civil engineering from the University of Memphis.

She returned to the Arkansas DOT in 1998 as a civil engineer in the agency’s planning branch, eventually becoming assistant chief engineer for planning in 2011 and then deputy director and chief operating officer for the agency in December of 2014.