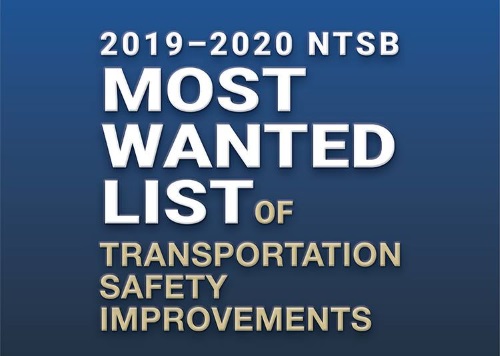 A new 37-page report issued by the U.S. Government Accountability Office offers a series of improvements the National Transportation Safety Board can make to “improve the understanding” of the selection criteria it uses to craft its biennial list of “Most Wanted” transportation safety improvements.

“NTSB had a systematic method to determine what makes the list, but in some cases, it’s unclear how they used their criteria to make the selections,” the GAO noted in its report.

“If advocacy groups, industry associations and others don’t know why NTSB is advocating for these particular safety issues and recommendations, that could affect their attention to and support for tackling the issues on the list,” it said.

GAO made two recommendations to NTSB as part of its report, calling for “fuller documentation” of its evaluations of which items make the list and which ones don’t, along with “fuller communication” of the selection rationale on its website: especially adding why NTSB believes an issue is “ripe for action” to its documentation on its website.