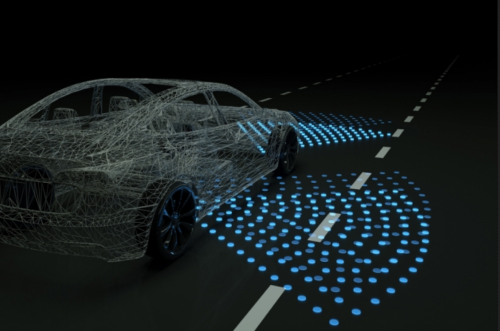 The Massachusetts Institute of Technology has developed a simulation system to train driverless vehicles how to navigate a host of “worse-case scenarios” before cruising down real streets.

[Above graphic by MIT.]

Called a Virtual Image Synthesis and Transformation for Autonomy or VISTA, the training program – developed in conjunction with the Toyota Research Institute – uses a small dataset captured by humans driving on roads to “synthesize” an infinite number of new viewpoints from trajectories that the vehicle could take in the real world.

MIT researchers noted in a blog post that driverless vehicle controllers in the simulation are “rewarded” for the distance traveled without crashing, helping the technology learn by itself how to reach a destination safely. In doing so, the vehicle learns to safely navigate any situation it encounters, including regaining control after swerving between lanes or recovering from near-crashes.

MIT said that, in tests, a controller trained by the VISTA simulator navigated through previously unseen streets. In positioning the car at off-road orientations that mimicked various near-crash situations, the controller was also able to successfully recover the car back into a safe driving trajectory within a few seconds.

“It’s tough to collect data in these edge cases that humans don’t experience on the road,” Alexander Amini, a PhD student in MIT’s Computer Science and Artificial Intelligence Laboratory or CSAIL, explained in the blog post.

“In our simulation, however, control systems can experience those situations, learn for themselves to recover from them, and remain robust when deployed onto vehicles in the real world,” he said.