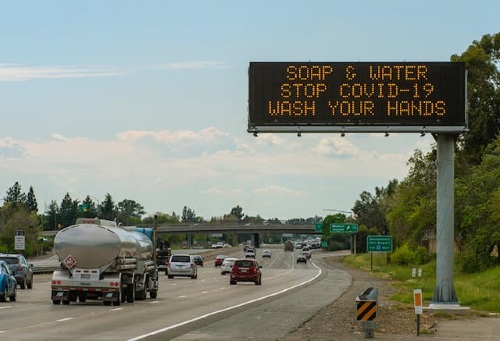 An eight-page study by the Road Ecology Center at the University of California-Davis finds that vehicles collisions and resulting injuries/fatalities are being cut in half on California highways due to traffic volume declines caused by large part by the stay-in-place order issued by Governor Gavin Newsom (D).

Using data derived from California Highway Patrol incident reports, the university researchers estimate that since the governor’s stay-at-home order went into effect on March 19, vehicle collisions – especially injury and fatality collisions – are down 50 percent, falling from roughly 1,000 collisions and 400 injury/fatal roadway crashes per day to 500 and 200 per day, respectively.

The study also found that traffic volumes dropped in some cases by 60 percent on certain highways after the order compared to a similar period prior to the order, which “may account” for the reduced number of collisions.

“However, we could not find a statistically significant change in all incidents involving animals, or deer-vehicle conflict events alone,” the researchers noted.

“This could be because not enough time has elapsed, or because even with a roughly 50 percent reduction in traffic, it is still not enough to measurably benefit wildlife and domestic animals,” they said.